29 Players battled it out to become Skirmish S4 champion at Vagabond Games Auckland City. A healthy metagame with 12+ heroes saw our players fight through 6 rounds of swiss play, with some newcomers beating out some Pro Tour competitors on their way to the Top 8. 7 different heroes came together to play out the single elimination rounds to crown a winner. The finals featuring multiple Skirmish winner Marko Zutic on his rainbow Pummel build of Bravo vs. King of Northland Jacob Kingi on the fiery Kano. The players traded blows, kano pushed hard when his windows appeared but it was the sneaky Pummels, Marko’s signature card got him the victory. Marko is sure one to watch and I feel a Pro Tour appearance is in his future. 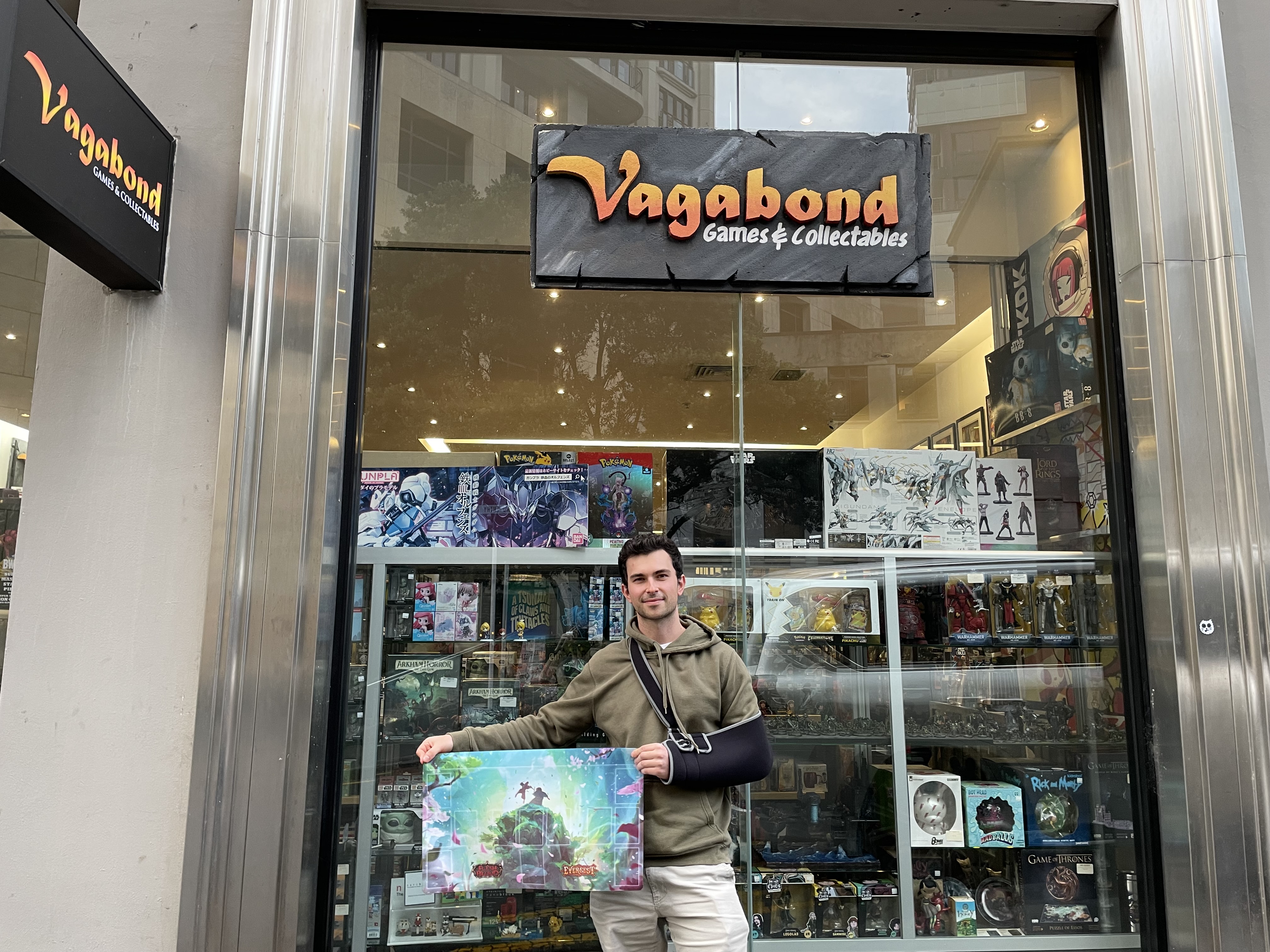 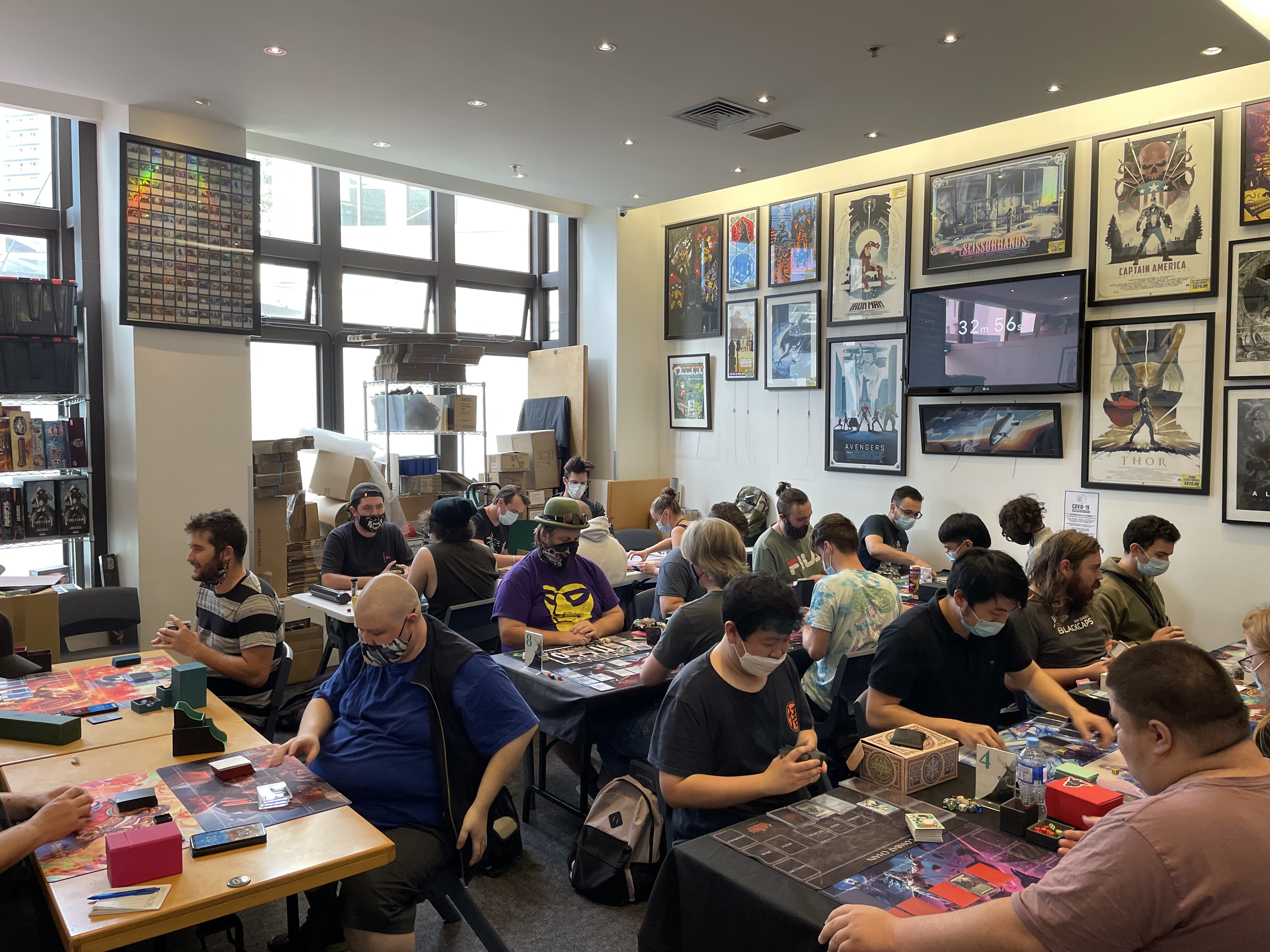